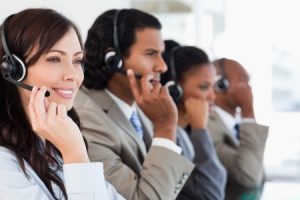 According to a business-to-business marketing report from Advertising Age, the amount of money spent on digital sources will increase in this year. Four out of five respondents to Advertising Ages survey said they will budget for an average of 13 percent more money spent on digital media. These respondents were budgeting for no increases in what they spend on traditional sources, which includes print, radio, television and outdoor advertising. Direct mail spending would also see no increase in the New Year.

What are companies getting out of telemarketing that influences them to throw more money at these efforts? Most would probably answer that no marketing efforts work as well as a person-to-person conversation. Even the most sophisticated app cant compete with human interaction. This is something telemarketing professionals have known for years. Even as industry experts predict the fall of the marketing medium, telemarketing continues to prove its worth and offer an excellent return on investment.

Lead development, publisher campaigns, political campaigns and customer development efforts are all truly impacted by telemarketing efforts. Telemarketing services are useful in helping a companys efforts in brand development, demand generation and appointment setting. Market research and direct sales are also areas where telemarketing has never failed to impress those who use it.

The Advertising Age report lists events as an area where companies will be spending more money. These events include trade shows, seminars, webinars and event management events  all of which are promoted through and reservations made by telemarketing.

Blue Valley Telemarketing is a professional agency completely focused on offering the highest quality new business development, brand development and demographic and interest based lead generation services. The agency has supported the publishing industry, media companies and B2b environments since 1991, and it continues to be an agency
that clients go back to year after year due to powerful results. If youre ready to take a look at new lead generation opportunities in your marketing efforts, contact Blue Valley today.

Blue Valley Marketing brings real value to your organization by delivering a complete set of inbound and outbound contact center services. Fill out the form below to get started.

The entire Blue Valley team, are wonderful to work with. Whether it’s recommending new lists to try or ways to generate revenue for our other business areas, the Blue Valley Team is always so responsive and helpful in recommending best practices.